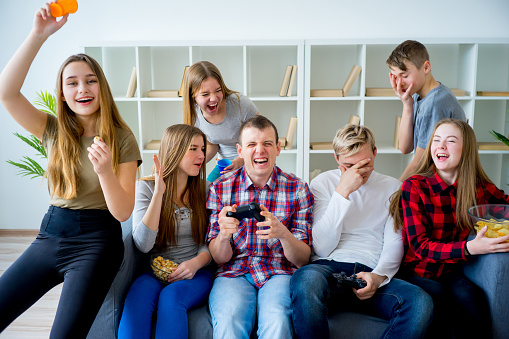 Nintendo knows how to get people excited, and excited they are to get the newest Nintendo console, the Nintendo Switch. The biggest draw might be the ability to play on your TV at home then remove it from its docking station and continue playing on the go as a handheld system. The console seamlessly transitions from one mode to the other, allowing you to take the game with you.

Attached to your TV, the Switch docking station connects via HDMI and gives you true HD gameplay. The controller, the Joy-Con, separates into two controllers for multiplayer or the two can be attached to the sides of the console for gaming on the go. The Switch comes with a tiny 32GB of internal storage, but that can be easily upgraded to 2TB with a micro SD card.

Unlike previous Nintendo consoles, or even the Xbox and PlayStation, the Switch doesn’t use discs. Instead, it uses small cartridges, like the games on the 3DS handheld system. At only $299.99 it’s an affordable piece of hardware with a unique array of software already available for it. It doesn’t play DVDs or Blu-rays, but it makes up for it with fun and exciting games such as The Legend of Zelda: Breath of the Wild and Super Mario Odyssey.

Nintendo has said that they are doubling their production on the Switch, so it should be in ample supply this holiday.

Happy Holidays and good luck on the tech hunt from all of us here at PC Tech Support!