Pentagon’s Use of Floppy Disks “Probably Safer Than Newer Technologies”

They date back all the way to 1971, but the Pentagon is still employing floppy disks as part of their tests and military maneuvers. A May 2016 Popular Science article claims that their use by the Pentagon is “probably safer than newer technologies,” which may be exactly why the Department of Defense is using them as part of maneuvers involving nuclear drills and testing. It may also have to do with the recent hacking of several U.S. government agencies, including NASA, the NSA, and FBI. But, as the Government Accountability Office (GAO) recently noted in a report on legacy systems still in use by the U.S. government: “The Department of Defense Strategic Automated Command and Control System, which coordinates the operational functions of the United States’ nuclear forces, such as intercontinental ballistic missiles, nuclear bombers, and tanker support aircraft is woefully outdated.” 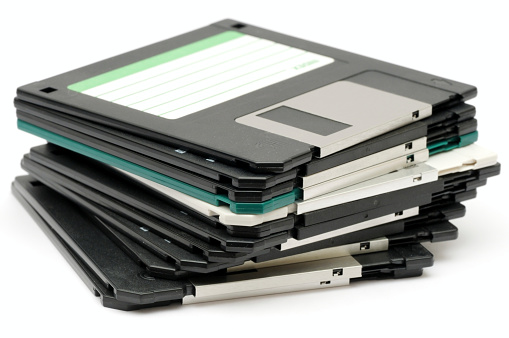 Those 8-inch floppy disks date all the way back to 1971. So, why are they still in use – and by the most militarily capable government on the globe? Good question. A Pentagon spokeswoman told the AFP news agency in reply to the question, that, “This system remains in use because, in short, it still works.” And, it’s the fact that the IBM 1 Series computers that use the disks, as well as the disks themselves being so secure against cyberattack, that there is no rush to replace or upgrade the current DOD system.

Which may prove a certain limited point on how a facet of legacy computer systems may actually prove safer than the use of something less…tangible? But perhaps only in such a unique situation as the strategic air command control systems and drills being used by the Pentagon and DOD. If you asked an IT expert, “Is it safer to use 8-inch floppy disks, or floppy disks in general than USB drive or cloud backup?” he or she would probably laugh and give you an unequivocal “No.” But, it appears that the Pentagon’s own CIO experts are taking the point of view that if a legacy system isn’t broken, don’t fix it.

Certainly, some old-school techies like the idea of old Uncle Sam stuck in the early 1970s, utilizing big, floppy, cumbersome square things to store ultra-sensitive and exploitable government data. But, those old-school types may be in for some disappointment (as will those who argue for the large-format data storage method over more vulnerable USB drives), as the Strategic Automated Command and Control System is due for a lengthy upgrade beginning in 2017, and slated to last through 2020.

If you’d like expert advice on the best way to keep sensitive data safe from exploitation – especially if you are in a high-risk industry such as government – then PC Tech Support is the leader in providing managed IT services and consulting in Ireland. Contact our expert IT staff at 0818 333 -949 or send us an email at info@pctechsupport.ie if you have any questions or concerns regarding safe data storage and security, and we will be happy to answer any and all your questions.