How the Internet of Drones Will Further Alter Our World

Have you heard about the Internet of Drones yet? It’s an idea whose time has truly come. You probably saw it coming with all the proliferation and controversy about drones in recent years. Pundits have compared the spike in drone popularity and filling the airways to that of air traffic post World War One. Noting the similar safety concerns of having so many machines roaming around up there, similar regulations and flight monitoring devices are being implemented for remote-controlled drones. One of the major precipitating factors for this move is the increasing place of importance drones have occupied in our culture, such as acting as cameras for numerous TV and film productions, as well as in military and security. 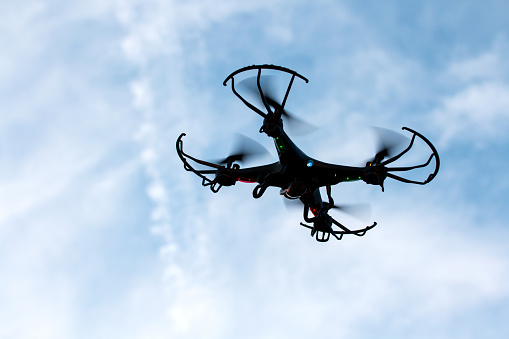 A Framework for Drone Safety

Robert J. Hall of AT&T Labs coined the term “Internet of Drones,” as part of a paper called An Internet of Drones, published in May 2016 in IEEE Internet Computing. In the paper, Hall talks of “airspace awareness,” “non-line-of-site control,” Collision Avoidance and the principle of Augmentative Control, which assigns things such as no-fly zones, and green zones, or “geofences”. The article also outlaid a prototype system called the Geocast Air Operations Framework (GAOF), that provides for “novel network and software architectures” to ensure drone safety. All of these were major points of Hall’s article, and influenced the FAA to make security and safety precautions that would keep both the drones and bystanders safe from possible collisions. The move paves the way for the Internet of Drones to truly take flight.

Other Concerns and Hazards

The military refers to drones as Unmanned Aerial Vehicles (UAV), Unmanned Aircraft Systems (UAS), or Remotely Piloted Aerial Systems (RPAS). In addition to the military application and safety issues, drones have presented another danger due to some users using them maliciously, such as for:

The different modes of drone travel posed by recreational, commercial, and military use presents another slant in the Internet of Drones story. As far as a wireless network for drones goes on this concern, the answer appears to be in geographic addressing, or GA, which assigns individual drone IP addresses. Additionally, a geographic address is assigned to individual drones, which can operate on a two-tiered communication system. Drones within one region or assignment area can query one another to gain information on position, speed, height, vector, etc. This will help keep drones safe, when they are in each other’s vicinity, when used for whichever application. It will also help in terms of keeping the public safe from drones. The same concept applies for subnets using stationary IP addresses, only the mobile element presents a wild card that will certainly be cause for much tweaking of the Internet of Drones.

The public is right to have many questions and concerns regarding this “add-on” to the Internet of Things. If you have concerns about drones on your own network, or the general operation of them, don’t hesitate to inquire. PC Tech Support is the leader in providing managed IT services and consulting in Ireland. Contact one of us today at 0818 333 -949 or send us an email at info@pctechsupport.ie , and we will be happy to answer all your questions.