There’s little doubt that Facebook collects plenty of information about most Internet users. It employs activity logs, cookies and “Like” buttons to monitor both members and non-members. This helps the social network sell highly targeted advertising. Some recent rumors suggest it even uses smartphone microphones to spy on people. 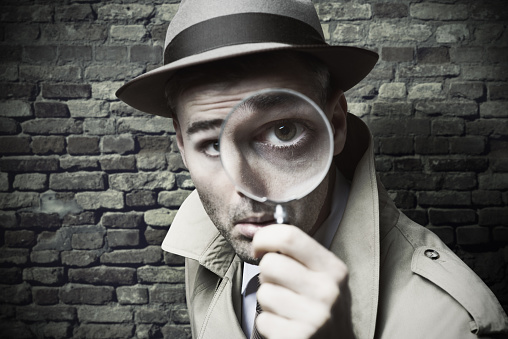 Many Facebook members became especially concerned after viewing or hearing about a TV news report from Florida. It showed a communications professor demonstrate how Facebook appears to customize ads based on the words she speaks into the microphone. Nevertheless, she admitted that it may just happen coincidentally.

The top social network responded by denying it uses microphones to spy on users. It explained that the company only accesses this equipment when members specifically give it permission. Furthermore, Facebook claims the audio is solely used to automatically identify songs or TV shows for members. It offers an app that performs these tasks.

Should we believe this denial? The Washington Post has expressed skepticism about the microphone-based spying theory and noted that little evidence exists. Nonetheless, the newspaper highlighted Facebook’s sophisticated tracking methods and stated, “You should definitely worry about your online privacy.”

While Facebook may not actually spy on your conversations, no one disputes that it’s possible. Numerous hackers have succeeded in gaining access to microphones and cameras on victims’ devices. For example, the media recently reported on a new security exploit called “Metaphor.” It enables hackers to monitor smartphones and track their locations with GPS.

As a director at Symantec told NBC News, “A mobile phone is the perfect spying device.” He warned that hackers can read users’ text messages in addition to watching and listening. One way to avoid espionage is to surf the Web and read email cautiously; malicious links help distribute malware that aids criminals.

Many hackers use websites to give away free versions of well-known commercial apps. Such software may look and work the same as the original programs, but it contains hidden spyware that allows criminals to monitor your phone. For better security, only download software from Microsoft, Google or Apple websites.

Watch out for wireless networks that don’t require passwords. An unsecured connection makes it easier for hackers to attack your smartphone. When a suspicious app download fee appears on your monthly cell phone bill, it could mean the phone has been compromised.

Don’t forget to install anti-virus software on your smartphone and any phones you supply to employees. This doesn’t have to cost a lot of money. Many reputable companies compete to offer inexpensive security apps for Android and iOS. Use caution when you download such programs; some hackers disguise malware as anti-virus utilities.

You can also maximize security by keeping your smartphone in a signal-blocking case or pouch when you aren’t using it. This prevents the phone from transmitting your location and live audio or video. However, it also stops incoming calls from reaching you.

Keep in mind that anyone who uses your smartphone could easily install spyware on it. A suspicious spouse or malevolent co-worker might even do this. Be sure to choose a hard-to-guess password, avoid leaving the phone unattended and think twice before letting anyone borrow it. Consider storing the device in a compartment or drawer with a lock.

Smartphone spying has become a serious concern, regardless of whether it’s committed by Facebook, a distant hacker or someone you know. Remember to make security a high priority. Business owners trust PC Tech Support to keep them up-to-date on today’s IT news and tips. Please call 0818 333 -949 or send messages to info@pctechsupport.ie for additional information.